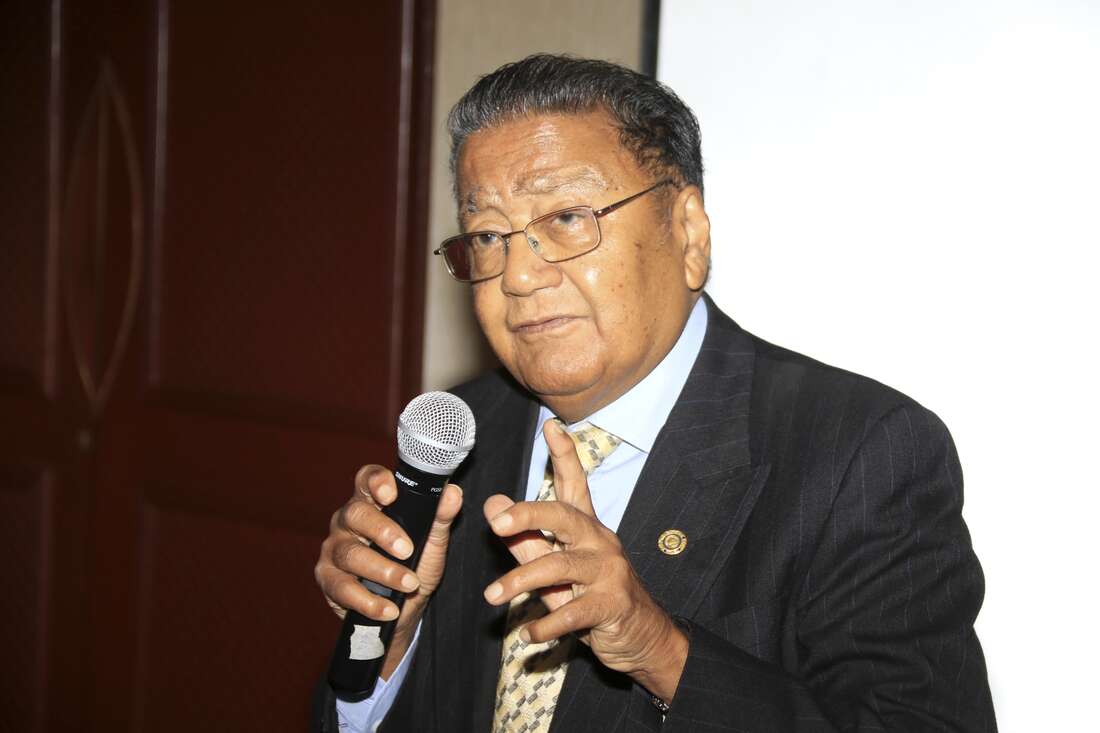 NCBA Group and Co-operative Bank have divested a business they seized from billionaire Manu Chandaria’s Comcraft Group after forgoing 6.6 billion shillings of debt.

Banks last year appointed an escrow manager to either turn around Kaluworks, one of Kenya’s biggest makers of aluminum utensils and roofing sheets, or protect its assets in the race to recover the multibillion-dollar debt of shillings.

But the lenders opted to return the business to Chandaria’s Comcraft Group after hesitantly injected 750 million shillings to revive the business amid hurdles in finding a buyer for the business.

The placement of Kaluworks under receiver Pongangipalli Rao marked a rare stain in the career of industrial tycoon Mr. Chandaria, chairman of Comcraft.

As a result, auctioneers do not sell as quickly as they resume due to the minimum bid price.

Kaluworks shareholders agreed to pay 1.2 billion shillings to bankers to lift the receivership, with NCBA and Co-op Bank opting to cut their losses.

A consent filed in court and seen by the business daily shows that NCBA agreed to write off 88% of its loan while Co-op Bank agreed to lose 55% of the 9.1 billion shillings loan.

“The settlement involves a 55% write-off by Co-op and 88% by NCBA, which both banks have approved.”

Kaluworks has struggled financially in recent years due to weak sales and increased competition from other cookware manufacturers.

The receivership came months after several lenders, including I&M Bank, rushed to have auctioneers and debt collectors auction off multimillion-dollar properties, including residential and commercial complexes, which had been used to secure loans to Kaluworks after the company defaulted on its obligation.

A regional expansion campaign and a 1.8 billion shillings investment to upgrade its factory in Mariakani, Mombasa, have stretched its cash flow, worsening defaults.

Mr. Rao said this 2012 investment was expected to increase sales of approximately 5,000 metric tons of premium color roofing in the East African region.

However, the company could not compete with cheaper alternatives imported from China, even as interest charges on loans increased.

Court documents show the company had deep debts of 12.6 billion shillings, including bank loans, unsecured commercial paper holders and advances from shareholders, against assets of 1.3 billion shillings when of its receivership in May 2021.

Mr Rao gave creditors options including injecting 750 million shillings to revive the business, lease the business or sell the assets.

“Given the indisposition of lenders to provide additional financing, the administrator was unable to manage the operations of the business,” Mr. Rao said.

The shareholders then offered to bail out the company, injecting 1.2 billion shillings to pay off debts and secure control and ownership.

“The Restructuring and Compromise by Voluntary Arrangement is being offered as a result of the Company’s failure to pay its outstanding debts when relevant and to enable the Company to manage the Company’s operations as a going concern by the cessation of administration,” the report filed in court states.

Kaluworks is a subsidiary of Clovis Company Limited, a Bermuda-registered investment holding company owned by the Comcraft Group, of which Mr. Chandaria is chairman and majority shareholder.

Mr Chandaria, who is also a prominent Kenyan philanthropist, previously walked away from Kaluworks operations.

Information on its website shows that Kaluworks was established in 1929.

Mr. Chandaria’s father, an Indian immigrant, laid the foundations of the Comcraft Group in 1915 when he moved to Nairobi to open a provision store in Nairobi’s Biashara Street.

As the business grew, his father and extended family members subsequently acquired Kaluworks.

When Mr. Chandaria returned to Kenya after studying in the United States, he joined the company, expanding the group’s product offerings and leading it towards its remarkable growth.

Comcraft is now widespread in over 40 countries, and US business magazine Forbes in 2011 estimated Comcraft to be worth $2.5 billion (215.6 billion shillings), the last time it valued the company.

In 2011, Mr. Chandaria was included in the Forbes list of 40 richest Africans and he is one of the wealthiest businessmen in Kenya.

Sanlam Kenya has listed Kaluworks as one of the defaulters of a commercial paper in which it has invested.

Sanlam had to write off 1.15 billion shillings mainly related to investments in companies in financial difficulty.