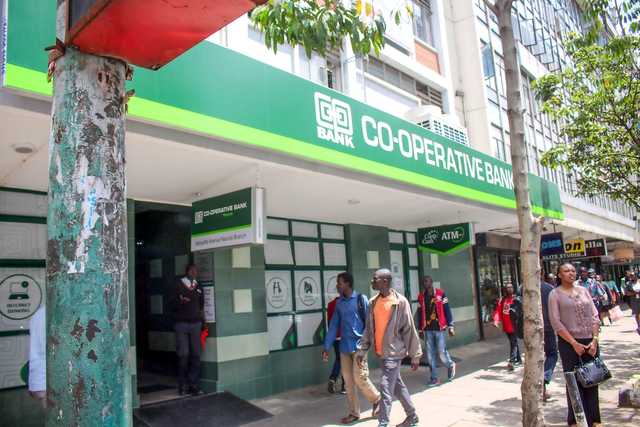 The Co-operative Bank of Kenya is struggling to recover part of the 287.42 million shillings it received from the Treasury for loans to government projects, according to the latest information on the country’s debt situation.

The bank, Kenya’s fourth in terms of market share, was among six private lenders listed by the Treasury to owe the state nearly 1.08 billion shillings in on-lent loans at the end of June 2020.

The latest annual debt report for the period ending June 2021 shows that Co-op Bank did not service the loan in the year until June 2021, the only one among six private financial institutions to benefit from a loan retroceded by the Treasury.

â€œThe Co-operative Bank of Kenya (Co-op)â€¦ (is) consistent in loan repayments, thereby reducing arrears. However, Co-op Bank has indicated that various cooperative societies are in a moribund state, which makes them unable to repay part of the on-lent loans, â€says the Treasury in the annual debt report.

The report did not specify government SACCOs that the Treasury borrowed funds on their behalf through the Co-op Bank and which were now struggling to repay.

The Treasury typically borrows funds from foreign and domestic lenders and on-lends them to state-owned enterprises that cannot obtain financing on their own due to their fragile financial situation but play a strategic role in the economy.

However, the Treasury is required to ensure that projects financed by on-lent credit “occupy a high priority in the government’s development program”.

About 125 million shillings of loans on-lent to the sector were in arrears at the end of June.

More than half of the on-lent loans went to support transport and infrastructure, accounting for 478.32 billion shillings or 51.88 percent of the total of 921.93 billion shillings at the end of last fiscal year in June.

The Treasury has said in the past that more than half of Kenya’s 247 parastatals posted a deficit or loss in the last fiscal year which ended in June 2020.

The majority of poorly run parastatals reporting losses or deficits in their budgets have over the years turned to commercial loans on the grounds that they will be bailed out by taxpayers, in addition to using assets such as land as guarantee.

The Treasury has embarked on developing a strategy to tackle entrenched poor governance practices and growing cash flow problems among state-owned enterprises.

“An in-depth and prospective financial assessment of the main public enterprises [State-owned enterprises] representing the greatest financial and fiscal risks and a framework for deciding interventions, and reforms to streamline the public enterprise sector are underway, â€the Treasury wrote in the report to the National Assembly on April 29.

â€œThe Public Treasury is convinced that the strategy, as well as the reforms underway, will make it possible to meet the current challenges of the public enterprise sector and their implementation will bear the good fruits of development. “